The mysterious death of Gary Driscoll… 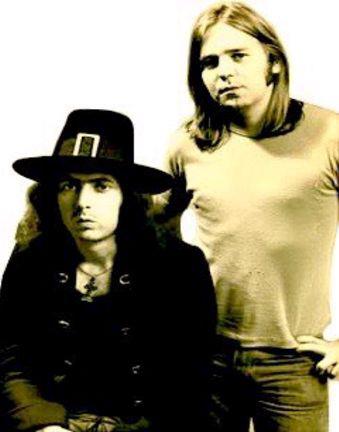 The name Gary Driscoll may only be relevant to rock music geeks but his role as drummer in a band called Elf would lead to the capitulation of one of rock’s biggest bands and the formation of its very worthy successor. Elf were an American band of limited commercial success, they had secured a record deal and enjoyed a relatively healthy tour schedule but they were light years away from the stadium filling Deep Purple, who, along with Led Zeppelin and The Who were Britain’s biggest hard rock recording artists.

The lead guitarist of Deep Purple, Ritchie Blackmore had become bored and disillusioned with the band, a brilliant but temperamental musician, he looked for a new venture and saw in Elf’s lead singer, Ronnie James Dio, the perfect vocalist. Dio was, quite simply, the perfect rock vocalist.

Gary Driscoll was the drummer of Elf and a long time associate of Dio. Having begun his musical career with Ronnie Dio and the Prophets in 1965, he stayed with Dio and the band throughout their transformations into The Electric Elves which became The Elves and finally, Elf. By 1975 Elf was no more, disbanded to join Blackmore and his new band, Richie Blackmore’s Rainbow, they recorded an album of the same name and although the line-up never toured, the band and the album won critical acclaim. Despite the success of the album, Blackmore fired all of the band except Dio and replaced Driscoll on drums with Cozy Powell for the follow-up album and world tour. The former band members were suitably irate at being used by Blackmore to secure the services of Ronnie James Dio and regardless of stories about Blackmore’s dislike of Driscoll’s R&B style, the reality is that Blackmore only ever wanted Dio.

In truth, this was Driscoll’s career highpoint, subsequent bands never amounted to what he had achieved with Elf, let alone Blackmore’s Rainbow and he drifted between bands and day jobs until his brutal murder in 1987. Driscoll was found dead in his friend’s home in Ithaca, New York. Details of his murder remain blurred and his murder unresolved. There have been varying accounts as to the reason; from drug deals to a ritualistic satanic sacrifice. There is evidence to suggest that the murder was carried out by more than one person, one man who was accused was later acquitted whilst the chief suspect fled America before being charged.

Driscoll did not have the impact on rock music that Dio and Blackmore can rightfully claim but his appearance on that first Rainbow album is enough to cement his place in the genre’s history books. We do like to champion the underdog at retroculturati and thereby remember someone who got the chance to do what many of us can only dream about.

Listen to his playing on this track, it’s ironic that he was fired for his ‘pop style’ given Blackmore’s reason for letting Dio go in favour of Graham Bonnet and a move towards chart single success. Ignore, if you will, Blackmore’s soloing and hear the drumming. It’s really rather good.