Death in the Name of Education

Wiping out education in the name of radical Islam… 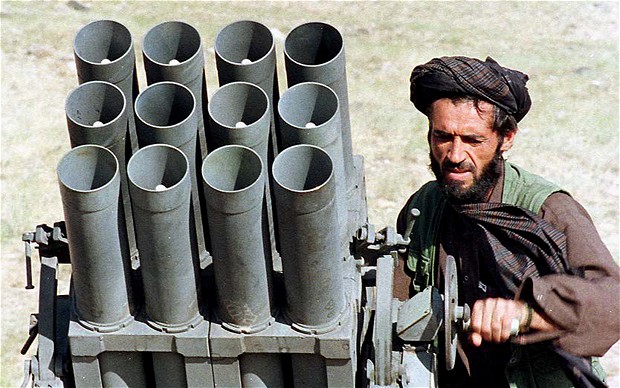 December 16th will, one hopes, be forever remembered for the day more than 170 innocent Muslims lost their lives in Pakistan and Yemen simply for attending school. I hope their deaths are remembered by the world community, I hope there is a sea change in attitude by those in power against the Taliban and al Qaeda but somehow I doubt it.

The majority of us take having or gaining an education for granted, we complain when we had to go, teachers complain about their pensions and political parties use it for point scoring with a disaffected electorate. But spare a thought if you will, for those who do not and cannot afford to take it for granted. In the tribal areas of Pakistan and Afghanistan a teacher is more concerned with not getting shot for giving a child an education than receiving a pension. The life expectancy of a teacher makes the thought of a pension laughable, the idea a young girl can be educated and allowed a degree of self-expression a fantasy.

When girls are allowed to attend school they must do so separately from the boys, their curriculum is poorer and they will spend their entire lives as subservient to the boys growing up alongside them. Whilst the boys learn some basic mathematics and science the emphasis is firmly on religious scripture and the Taliban’s version of it and all children are taught to despise the Imperialists be they American or the ruling power of their country.

There was a time, of course, when the Taliban, born out of the victories of the Mujahedeen were considered worthy of Western investment. These men who defended their land against invading Soviet regiments enjoyed the spoils of Western and Middle Eastern slush funds as the CIA congratulated itself on reports of Soviet withdrawals and heavy casualties. We forget all too easily the unpalatable truths which history cannot hide, the winners and the losers in the ‘Great Game’ of the Indian Subcontinent which has destroyed a land steeped in history, a land of great beauty and the self-destruction of a once proud and great people. Gone are the horsemen, traders and farmers who built the towns and tended their lands. Replaced by war-weary peasants cur towing to the ruling faction of the moment, grieving over their dead and despising the drones and Mullahs in equal measure.

Anyone who loves culture and the riches it offers us must surely spare a moment to remember those who cannot taste the fruits of art, literature and philosophy, those who will never read the great books or gaze upon art’s masterpieces for fear of flogging or worse. It is difficult to imagine such a situation in a world made ever smaller by the advances in technology and education that young girls could be blown apart for riding a school bus.

As the world briefly unites in horror and condemnation, once again the unanswerable question though must surely be; when these poor children cried for their God, where was he? Until that question is truly and honestly answered there will be no end to it. Ever.