The emergence of the Zodiac Killer in 1968…. 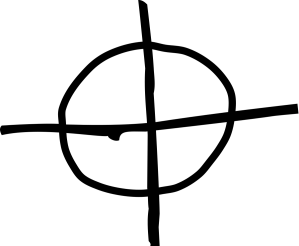 On December 20th 1968, the double murder of high school students David Faraday and Betty Lou Jensen sent shock waves through their local community and would become the first killings to be attributed to the so-called ‘Zodiac Killer’. Whilst this is a ‘late’ entry for the events of 1968 and the other confirmed killings occurred the following year he is suspected of carrying out other murders as early as 1963 and as late as 1970 so we can assume he was at least planning to murder during 1968.

It is a fascinating story of a man who claimed to have killed thirty seven, investigators however, attribute ‘only’ five deaths and two survivors to a killer who has never been caught and has kept the police and conspiracy theorists busy ever since.

The 1968 murders were of a young couple on their first date, Faraday had borrowed his mother’s car to drive Betty Lou to a well known parking area for couples following a nice meal in a nearby restaurant. Seemingly ordered out of the car the young man was shot in the head as Betty Lou ran for her life before being shot five times in the back.

Nearly six months later and some four miles from the scene of the first killings, another couple, Darlene Ferrin and Michael Mageau were sat in their car when a car pulled up alongside them before driving off again. Ten minutes later the car returned and the couple, blinded by the killer’s flashlight, were shot multiple times, some of the bullets fired at Michael passed through him and into his girlfriend who was pronounced dead at the local hospital. Miraculously, Michael survived despite being shot at seven times and managed to give police a description of the killer.

In August of 1969 three letters containing part of a 408 symbol cryptogram were sent to three newspapers demanding they printed they were printed on the front pages to avert further killings over that weekend. The cryptograms were told to reveal the identity of the killer but once they had been cracked by a couple in California it showed a number of misspellings as well as a chilling desire to ‘collect slaves’…

The crosshair symbol above was used in his letters and, according to Bryan Hartnell, who survived a knife attack by him was also worn on his chest along with an executioner’s hood. Hartnell survived despite being stabbed eight times in the back but his girlfriend, Cecilia Ann Shepard who was also stabbed multiple times died two days later. Over the next five years the killer sent the police and press a number of cryptic letters and cards including cryptograms featuring the crosshair symbol. He made a series of threats which mercifully, never occurred but the fact that his actions and attributed but unproven attacks never led to an arrest makes his gruesome story one of the most interesting and discussed of the era.

There were, of course, suspects including a paedophile who was said to have wanted to kill people under the name of ‘Zodiac’ but the evidence never led to an arrest. The murderer was the subject of many books, films and documentaries which, as is usually the case, tend to lose sight of the innocent young men and women who were brutally murdered. A month before the 1968 murders a certain Charles Manson and his followers began listening to The Beatles White Album which, they claimed became their obsession and start of a murderous campaign the following year. 1968 was a violent year in many more ways than one.