The Arm of the Arab Revolution 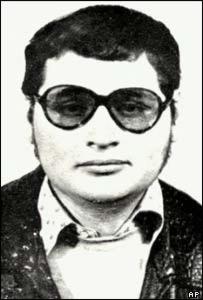 Forty one years ago this week the OPEC headquarters in Vienna was stormed by the world’s most wanted terrorist, Ilich Ramírez Sánchez, the notorious Carlos the Jackal. Leading a group of German and Arab terrorists under the name of Arm of the Arab Revolution, Carlos stormed the meeting of OPEC ministers with machine guns, killing three people and taking hostage sixty three others including eleven ministers.

It was truly the most audacious of kidnappings. Devised, it is said, by Saddam Hussein and put into action by Wadi Haddad of the PFLP, it was an operation which launched an already infamous criminal into the stratosphere of international fame. The use of Carlos was intentional for the very reason that his name already struck terror into the hearts and minds of European leaders, he was a man whose notoriety outshone his ability and Hussein, then Vice President of Iraq and Haddad knew this all too well.

The reality of the build-up to the operation shows clearly the state of the terrorist movements at that time. Haddad knew Carlos to be incompetent, hot-headed and ambitious, his preferred choice were members of the German Red Army Faction (RAF) but they refused, all that were left in the training camps were Japanese militants who could not have blended into Austrian society in the way the Germans could. In the end Haddad created a team compromising of three Palestinians, two Germans and Carlos himself. One of the Germans, Gabriele Kröcher-Tiedermann, a member of the 2nd of June group was trained by Haddad in South Yemen, a woman renowned for violence who would be responsible for two of the murders.

Carlos arrived for the training camp in Aden fat and bloated. Following weeks of living the high life in the bars, clubs and restaurants of Algiers he and the rest of the team were put on a strict diet and training regime. By December of 1975 Carlos had arrived in Vienna looking fit and eager to carry out the operation. As he waited for the weapons and other equipment from Baghdad, Carlos continued his tours of the best restaurants and clubs until that fateful day when he walked into the OPEC building wearing a Che-style beret and long white trench coat.

Storming through the building and into the conference room, Tiedermann shot and killed Anton Tichler, a policeman and an Iraqi bodyguard in under thirty seconds. Carlos, leading the march encountered a Libyan civil servant, Yousef Ismirili who fought in vain to disarm him before being shot by Carlos five times. The room of delegates now belonged to the Venezualan who chillingly told them: “My name is Carlos. You may have heard of me“.

Before Carlos, sat an assembled group of the most valuable hostages in the history of kidnapping, ‘friends’ of the PFLP were sat in one corner, ‘neutrals’ in another and the ‘enemy’; Iran, Saudi Arabia, Qatar and Abu Dhabi at the top of the room. Carlos was enjoying his power, he chatted freely with those he bore no malice before sending one of the secretaries off with a handwritten demand outlining the group’s intentions. Negotiations began and Carlos was in no mood to be played, eventually a bus was delivered and they set off for the airport with Carlos reeling against those Arab leaders who refused him safe haven to land the plane.

With the Saudi oil minister Ahmed Zaki Yamani as his most valued asset, Carlos began drip releasing hostages until forty two remaining captives boarded the plane taking them to Algiers where Carlos met with their Foreign Affairs Minister. Carlos, in typical fashion had believed that any number of Arab countries would provide safe haven but he was wrong. The Libyan leader, Colonel Qathafi was incensed by the attack, he was deeply angered by the death of a Libyan at the hands of Carlos and had already aligned himself with Saudi Arabia in his dealings with the OPEC countries. The Libyans kept stalling on Carlos who, by now had landed in Tripoli needing a larger jet to fly on to Baghdad, a bigger jet was not forthcoming and then the group received the news that Hussein had refused them entry to Baghdad. It was all beginning to fall apart on Carlos and the group knew it.

Carlos demanded that the plane land in Tunisia but that too was rebuffed and so they flew on to Algiers where Carlos was told the siege must end. Boumedienne, the Algerian President offered Carlos safe haven and an opportunity to hold Yamani and the Iranian minister Amouzegar to ransom. The lure of twenty million dollars was too much for Carlos, he told the other terrorists that their prized hostages were to be released despite their protestations. They wanted to kill both of them and honour Haddad’s wishes but Carlos’ greed won and so the operation was aborted.

It was an incredible event, Carlos had reasoned with the others that the money would be sent to Haddad for future campaigns and equipment but unbeknown to them he had insisted it be paid to him alone in Algiers. Carlos was a mercenary, his ‘love’ for Palestine had its limits. So the captives left the plane and along with the terrorists stood in a nearby building in a scene akin to a normal airport departure lounge for tourists. As for the money? No sooner had Iran agreed to pay their half for Amouzegar the Shah cancelled the transfer and so Carlos threatened the Saudis with the execution of Yamani. In a bid to save the future of OPEC the Saudi government paid the other half and so Carlos became a rich man. Less, that is, five million dollars for ‘handling charges’ imposed by the Algerians and a sizeable cut for  a furious Wadi Haddad to preserve Carlos’ life.

Carlos had doubled crossed Waddad and the group and anyone else would be a dead man walking. But Haddad was a clever man, he could see the truth behind Carlos the Jackal. The whole world was talking about him, he was blamed for kidnappings and murders and named as the man who was about to commit this act in this place and this act in another, terrorism functions best when it is a threat and Carlos was perceived as the biggest threat of all. So he got away with it, he continued to find safe haven after another until his use and luck ran out in 1994 and he was arrested by his hosts and handed over to the French and a lifelong imprisonment.

Tagged as: 2nd of June group, Arm of the Arab Revolution