Were Christmas singles ever any good? 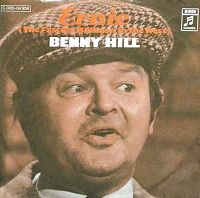 I think I can say with some degree of certainty that those of us born, certainly pre-mid eighties would agree that the UK singles chart is not what it once was. The age of the download is upon us, as are any number of chart options for the consumer concerned about such matters to go by. This watering down of the ‘hit single’ leaves us with little more than a sense of nostalgia for charts past and the choice of musical styles contained therein. But mention the word ‘nostalgia’ and add to it a cautionary note for fear of disappointment.

As this post finds us in the closing stages of Christmas it would be only fair to consider chart entries of the same week in years gone by. What cannot be ignored in any retrospective was the British public’s questionable thirst for a gimmick. Why, I wonder did we ever fall for it? More often than not the top ten from any given year (we shall keep it 1971 to 1980) contained at least one excruciating song which defied any logic other than a desire to inflict it upon a disliked relative on Christmas Day.

1971 saw Benny Hill reach number one with ‘Ernie, The Fastest Milkman in the West’, beating off fine attempts by T-Rex and Slade for the top spot. A year later saw ‘Little Jimmy Osmond’ drown out Chuck Berry’s ‘Ding-a-Ling’, but did we learn? No. In 1973 we ensured Slade’s ‘Merry Xmas Everybody’ would bellow from the airways and apartment stores for infinity despite the opportunity to give up our pocket money for Mott the Hoople’s ‘Roll Away the Stone’ the same week. By 1974 musical acts had us, the buying public, well and truly sussed out. They didn’t miss an opportunity to knock out any old crap so long as it contained ‘Christmas’ somewhere in the title or verse. Mud stole the show but we ensured a very merry Christmas for The Goodies with the rather questionable title (in retrospect) ‘Father Christmas Don’t Touch Me’ and everyone’s favourite, The Wombles who were creaming it in from every line of merchandising the 1970s could offer it.

Bohemian Rhapsody brought a temporary relief until ’76 when Chris Hill reached the top ten with ‘Bionic Santa’. The less send about 1977 with the double agony of ‘Mull of Kintyre’ and ‘The Floral Dance’ the better. But it gets worse a year later, think of the laughs record executives must have had at their Christmas party as we rushed out in the December cold to warm the cockles and expand the coffers of Boney M, Father Abraham and the Smurfs and the dreadful Barron Nights. Are you getting the picture?

What made us do it? Who actually bought them? It is difficult to imagine today’s youth buying a Benny Hill song en masse this Christmas. By 1979 however a degree of common sense was resumed with about the least festive song one could imagine in ‘Another Brick in the Wall’. We saw the good sense to use Pink Floyd’s one playable single to beat off Fiddlers Dram and the horrendous ‘Day trip to Bangor’ and McCartney who, by now had decided to turn his back on his ‘Hey Jude’ legacy and destroy it with catchy gimmicks shamelessly designed to sell at this time of the year. He has, in this bloggers opinion much to answer for in his sheep rearing years.

Let us leave it there, it didn’t get much better in the following decade but at least we saw sense (mostly) during the rest of the year when the charts were, quite literally for everyone’s tastes. It wasn’t often that one couldn’t pick out at least one agreeable tune from the top twenty regardless of personal choice and, had I been of record buying age in 1971 ( I was three) where this rant began then I would have picked this, in at number fifteen…