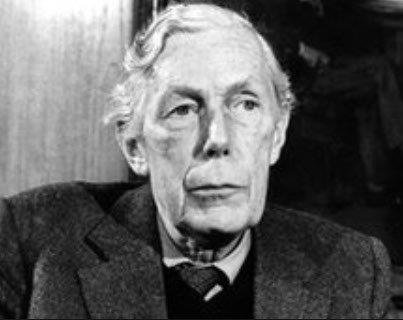 I am currently reading the quite fascinating ‘The Untouchable’ by John Banville. A hugely popular and critically acclaimed novel first published in 1997 and surely as good a bio-fiction piece of work to beat all of today’s contenders. In recent years there has been a trend towards basing a storyline around historical fact, some are very loose on detail, others brazenly copying the character and their real life biographies. What Banville does in this book however, is present Blunt as the narrator who describes the thinly veiled characters and his relationships with them to brilliant effect.

In The Untouchable, Banville uses alternative names for the central characters of what was Britain’s most famous spy ring and its members; Philby, Maclean, Burgess, Cairncross and Blunt (plus marginal players such as Rothschild and Liddell) The book is beautifully crafted and what struck me very early on are the references to Querell, who has to be Graham Greene. Maskell (Blunt) is very condescending about Greene as both a man and an author and I decided to research their relationship in real life to see if Blunt really did hold Greene in such low esteem as Banville suggests.

Given that the book is so well written I naturally presumed that there was indeed, little love lost between them, but I have found nothing to suggest that was the case. In reality, Greene had very little to do with the so-called Cambridge Spies, he knew Philby but I can find little or no information which would suggest a friendship or otherwise between him and Blunt.

Much has been made of Greene’s early friendship and subsequent reunion thirty-five years later with Kim Philby that it seems strange that Banville would choose to reference Greene so much in his novel. Querell/Greene is described by Blunt/Maskell as a ‘second-rate author’, with one of his earlier works an ‘overrated Balkans thriller’ and so on. It begs an interesting question for this particular reader, does Banville know something most others do not about Blunt and Greene? Is it merely artistic licence on the author’s part and if so, does that tell us more about Banville’s own personal view of Greene rather than Blunt’s?

I find it inconceivable that if Greene knew and socialised with Blunt to the extent portrayed in the novel that Greene’s biographer, Norman Sherry would have missed that, given Sherry’s detail of his relationship with Philby, whom he interviewed for the books. Philby says of those early days that neither he nor Greene visited one another’s quarters but rather met for the occasional drink in the King’s Arms behind St James Street in London. It is however, perfectly plausible that Blunt held Greene in little regard and disliked his writing and subsequent popularity but the strength of the vitriol does warrant a closer look. It is unlikely that we will ever know so I shall leave the last words to Philby, interviewed shortly after his defection to Moscow, when asked what he would do if he had a magic wand to wave: “Graham Greene on the other side of the table, and a bottle of wine between us”