The fortieth anniversary of Motörhead… 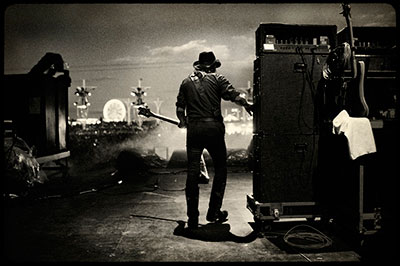 2015 marks the fortieth anniversary of a band who, one might reasonably have presumed, should never have made it. A band who musically and medically have defied the odds, laughed in the face of adversity and held on to the title of Britain’s most loveable rogue rockers. When, we must wonder, will we see a suited and booted Lemmy Kilmister outside Buckingham Palace holding aloft his MBE? Surely his place in the establishment is assured? But is it? Lemmy, like his band has never really ‘fitted in’. Save for Ozzy Osbourne, their isn’t a similar British hard rock musician as well known and yes, loved as he is by the general public, fans or not. But he’s not up there with Elton, Paul, Robert and Jimmy, he stands sandwiched between the millionaire, platinum selling rock gods and the Biff Byford’s playing your local town hall. He cannot be labelled and that has proved both his downfall and saving grace in equal measure. Whilst the non-conformists love that he is and he isn’t punk, outlived NWOBHM and pre-dated thrash, the establishment simply don’t know what to do with him and they never have. He moved effortlessly from sacked drug addict to being a safe bet on children’s TV shows, he drank copious amounts but it seldom showed and that vicar’s upbringing always kept him in check when it was required of him and that played a large part in both his and the band’s success and longevity.

Some of us will have been around long enough to recall all of the previous anniversaries of which their various record companies have been keen to promote. For the first celebration we must go back to 1985 for the Hammersmith Odeon birthday party featuring ‘veterans’ Larry Wallis and Brian Robertson as well as Brian May and the late Wendy O Williams, each doing their bit for a band many thought had seen their best days. This was three years after the breakup of the ‘classic’ line-up of Kilmister, Clarke and Taylor and two years on from the much maligned ‘Back at the Funny Farm’ which until only recently has begun to receive the plaudits it deserved. Following the (to quote their own EP) ‘Golden Years’ of the ‘Overkill’ to ‘No Sleep’ albums (the omission on my part of ‘Iron Fist’ a deliberate one) they struggled with management wrangling’s, tedious compilations and bootleg live recordings until the release in 2004 of the ‘Inferno’ album, their best for over twenty years and not bettered since, nor, it is sad to say, is it likely to be.

A year after the album’s release I saw them on their thirtieth anniversary tour and they were at the top of their game but in typical Motörhead style their follow-up albums and tours felt lazily duty bound. The set lists were as predictable as the tour schedules, there was the unfathomable inclusion of a cover version at the expense of dozens of ‘crowd pleaser’s’ and a feeling that the band had fallen out of love with the country of their birthplace.

So forty years on and we find Lemmy in less than fine fettle, gone are the cigarettes and bourbon and in are history books, red wine and appearances on cruise ships and American wrestling shows. After the double cancellation of the last but one tour it seems doubtful that they will cover the UK venues in the way they once did. Perhaps this landmark anniversary will be reason enough to only play London, Manchester and Glasgow with a summer festival for good measure. Another set of re-issues would seem a given and they’ll wheel out Slash and Lars Ullrich to tell us how ‘f*****g awesome’ the band are.

Cynical? Perhaps, but thirty-six years after hearing ‘Bomber’ for the first time, buying their records and seeing them on countless tours I suppose I’m feeling jaded. I, like many others forgave them much, we’ve endured the album ‘fillers’, the near amateur sound quality at gigs and the constant flirtations with a more affectionate American and German audience and yet we still turn up; older, grayer and balder to salute a band who, when they want to, really can do it like no other.