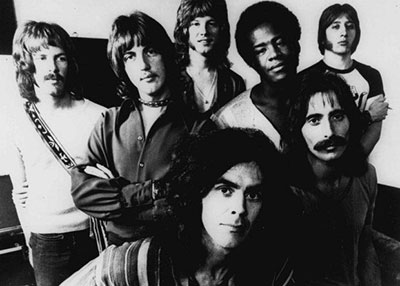 Regular visitors to the site will know that I am always keen to champion those who have contributed much whilst perhaps not always receiving the recognition they often deserve. Jimmy Greenspoon may not be a household name here in the UK but his music CV is quite staggering.

As a young man in the mid sixties he was at the heart of the emerging rock scene in America and toured and recorded with some of the biggest names of the era. Consider playing with Hendrix, Jeff Beck, Linda Ronstadt, Clapton, Buddy Miles, The Beach Boys, Leon Russell, America, Nils Lofgren, Stephen Stills and Osibisa and you get an idea of his pedigree as a musician.

In 1968 he formed the band, Three Dog Night which enjoyed huge success in the US up to the mid seventies and still tours to this day. The band featured three lead vocalists and helped showcase the song writing talents of Randy Newman, Leo Sayer and Harry Nilsson amongst many others. Twenty one Billboard top forty singles including three number ones, twelve gold albums and a hit in the UK with their best known song Mama Told Me Not to Come established themselves as one of the leading lights in AOR at that time.

As a solo artist he composed pieces for film soundtracks including Die Hard, Predator, United 93 and Field of Dreams. Greenspoon died of cancer on March 11th 2015 aged sixty seven.