Journalist James Cameron’s assessment as life as a foreign correspondent….. 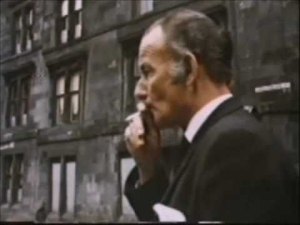 The late and very great James Cameron wrote an illuminating article in 1963 looking at life as a Foreign Correspondent. Reading The Best of Cameron (first published 1981) I was struck not only by his remarkable humility and sincerity but also his frankness about life for the travelling journalist.
Cameron was a restless soul, not for him the confines of a Fleet Street office, he saw field work in foreign climes as ‘the rope over the wall’. But Cameron is quick to dismiss the legend of Foreign Correspondents as some kind of bar-hopping adventurer: The great majority of Foreign Corrs I know, and I used to know them all, have been fretful, dutiful men, vaguely and permanently ill at ease, covering the insecurity with much unconvincing bonhomie, obsessed with time differentials, shifting deadlines, cable-rates, hotel bills, perverse copy-takers and endless nagging anxieties about the activities of their competitors’

It is easy to assume a certain view of a person and their profession, Cameron was at most of the major international events from the end of the Second World War until the 1970s, he found himself in many precarious situations, battled ill health and a serious car accident in India, covered the Korean and Vietnam Wars and saw the atomic bomb blast at Bikini Atoll but he passed all of it off as minor irritations and discomforts: ‘But I was lucky, I do not know how else I could have lived the life I have, and seen what I have, and learned what I have; the going was good. It was hard, and disenchanting, and sometimes a bit tormenting, and in doing it you lose many things that bless and console the lives of other men. But you continue to do it because somehow you can do no other’

It makes for an interesting retrospective given the fact he still had some way to go before his retirement, he was a man prone to reflection in his writing, he had a social conscience and much of what he saw moved him deeply. His contribution to journalism was huge and he was greatly admired by his peers across the world yet he remained self-critical and unassuming until the end.

‘I am loaded with memories, of good times and rotten times, of strokes of good fortune, and some terrible flops. I wouldn’t have had it otherwise. All I know is that however long you have been at it, one never sits down at the typewriter, in the dreary hotel bedroom or the Press Room or the rooftop or the dugout or the office desk, staring at that ghastly blank paper, but what one says: brother, this is it; this time they will find you out. And if you feel it with enough doubt and worry and misery and fear-somehow, they don’t.

Please click here for James Cameron’s full bibliography and reviews of all of his books.